The rat terrier is historically known for shielding homes or farms from rodents. they’re a sturdy and compact little dog but also elegant. There are two sizes of Rat Terriers, but both are slightly longer than tall (but not short-legged) with a moderate build. Their coat is short and smooth. The American Hairless Terrier is derived from Rat Terriers with a hairless mutation.

President Theodore Roosevelt is claimed to have given the breed its name after his own terrier had eradicated the rat infestation at the White House; clearly, the rat terrier excels as a public servant — as long as it’s in his own best interest. He’s an American tradition a bit like apple pie, but watch your plate otherwise you may find you’re missing dessert.

The rat terrier is an American breed descended from the terriers brought over by English miners and other working-class immigrants. These terriers probably included crosses between the smooth fox terrier, the Manchester terrier, and also the now-extinct white English Terrier. These dogs were used as ratters, and gambling on their prowess in killing rats was a favorite hobby of their owners.

Some of these dogs were crossed with Whippets or Italian Greyhounds (for speed) and Beagles (for hunting ability). Eventually, these tough little terriers evolved into today’s rat terrier. The breed was popularized by President Teddy Roosevelt, who frequently hunted together with his Rat Terriers. Many are still used as ratters and squirrel hunters, particularly within the South, where they’re sometimes referred to as “Feists”. The rat terrier was officially recognized by the AKC in 2013. 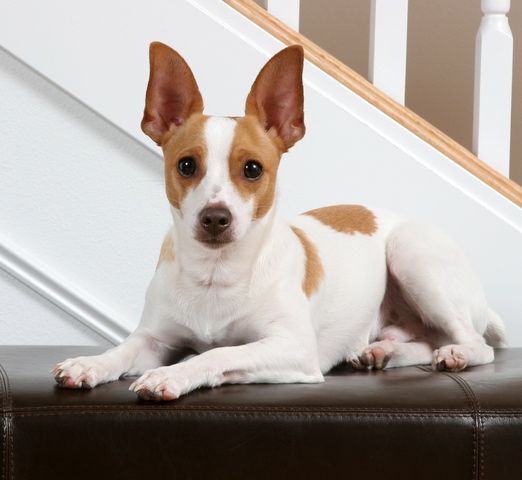 Rat Terriers are generally very healthy dogs, and responsible breeders screen their stock for health conditions like hip dysplasia, patellar luxation (loose kneecaps), Legg-Calve-Perthes disease, and cardiac and eye disorders. A conscientious breeder does genetic testing of all breeding stock with the aim of reducing the incidence of and ultimately eliminating health problems.

The rat terrier should have the best on a portion of high-quality pet food, whether commercially manufactured or home-prepared together with your veterinarian’s supervision and approval. Any diet should be appropriate to the dog’s age (puppy, adult, or senior). Some dogs are susceptible to getting overweight, so watch your dog’s calorie consumption and weight level. Treats are often a crucial aid in training, but giving too many can cause obesity. learn about which human foods are safe for dogs, and which aren’t. ask your vet if you’ve got any concerns about your dog’s weight or diet. Clean, water should be available at all times.

How to Take Care of Rat Terrier Dog:

Crate train your rat terrier if you would like to leave the puppy out when he reaches adulthood. no matter breed, puppies explore, get into things they shouldn’t, and chew things which will harm them. It is often expensive both in fixing or replacing destroyed items and also the veterinary bills that would arise.

Never stick your rat terrier during a crate all day long, however. it’s not a jail, and he shouldn’t spend more than a few hours at a time in it except when he’s sleeping at night. Rat Terriers are people dogs, and that they aren’t meant to spend their lives locked up in a crate or kennel.

The rat terrier features a short flat coat which makes him a wash and goes breed. Since they like to dig and go on walks, they’re going to ought to be bathed regularly if they need to sleep in your bed. Plum Perfect Shampoo and Plum Perfect Conditioner are recommended to stay your dog smelling great for days after each bath.

Between baths: Plum Perfect Cologne is the perfect smell to spray on between baths to keep your dog’s coat conditioned and neutralize odors. Plum Perfect Facial Cleanser should be kept available to use to the face and paws after a good digging outside. Aloe Oat Waterless Bath is perfect for a quick cleaning that helps to get rid of stains, odors, and dirt.

Eyes Care: Opti-Soothe Eye Wash is often wont to help flush foreign matter, like leftover shampoo, also as help rinse common eye allergens while soothing any irritation. Allergies are common during this breed and it’s going to cause your dog to possess runny eyes. Using Espree’s Tear Stain Aloe Wipes will make it easy to keep tear staining to a minimum.

Paws Care: Since this breed likes to snuggle up in bed with you; make sure to keep their paws soft and pliable by using Paw Balm regularly. Daily use is perfectly fine and recommended.

Some Rat Terriers can get sufficient exercise for his or her needs through indoor playtime, but most will thrive with daily walks and a bit of tennis-ball-chasing and other play in a fenced enclosure. they have a tendency to do well with other dogs their size or larger. Early socialization may be a must, and puppy training classes are recommended. The rat terrier has a strong prey drive, and that they should never be allowed off lead, as most won’t be able to resist the urge to chase when faced with a strange cat or squirrel.

Intelligent, wary, and stubborn, this breed may be a dynamo. Understand their general dislike of strangers and know that the majority warm up to visitors (although chances of that taking place are slimmer if you are not there). If they are not properly socialized they’re going to be fine with their family but they might become aggressive to strangers and other animals. they’re also absolutely fearless, which may be a wonderful trait, though not if they’re aggressive.

The rat terrier is extremely intelligent and trainable, although some are often stubborn and determined sometimes . they will excel in agility, obedience, rally, and other canine sports. they’re unusually sensitive and intuitive, and that they like to please their owner—they thrive on praise and respond quickly to positive training methods. Most are patient and tolerant of children but could also be reserved with strangers. While they’re one among the calmest of the terrier breeds, they’re nevertheless high-energy dogs who require exercise, daily walks, and much of companionship. they’re at their best as members of a person’s family.

With training, socialization, and certain forgiveness of their “bad” habits, the intelligent ratter is often an invaluable member of your family. because of the efforts of breeders and fanciers alike, the rat terrier survived his time as a lesser-known breed and is growing in popularity again.

He makes a superb watchdog and is the ultimate farm dog; his strong jaws and quick movements were invaluable to farmers in eradicating rats and other small vermin from farms. he’s often mistaken for a smooth-coated terrier or a Jack Russell, but owners and breeders alike know of all the wonderful traits that make the rat terrier unique.

As you’d expect, Rat Terriers exhibit all the behaviors — and stubbornness — of a typical terrier. for instance, they dig. Digging is an inherent trait in Rat Terriers and that they will spend a great deal of your time digging in your yard and garden in an urgent quest to reach China by nightfall. Don’t despair. Give him one area within the yard to obtain to his heart’s content and he’ll be fine. He just has got to learn what area is his, and he’s smart enough to do so.

Fun fact: Rat Terriers puppies are born with their ears up. About the time their eyes begin to open, the ears start to drop. some of those ears may stay dropped, some may pop back up in a few weeks or months.